This is Part 1 of a two-part series. In Part 1, I research and report on the basics of Cinnabar. In Part 2 (see here), I discuss how I used it and my personal results.

Cinnabar is one of my newest crystals added to my collection. I was drawn to it in my local crystal store. Kept behind glass, the speckled white-and-pink sphere spoke to me.

“This stone is toxic,” the shopkeeper warned as she took it out. “You definitely shouldn’t drink water with it in the bottle.” It was at this point that I learned people make and drink crystal elixirs. I have not yet tried this, but clearly I can’t make this one my first trial.

Despite its toxins, I was still drawn to it. I was equally drawn to the sign that came with it:

So, what is Cinnabar? Where is it from and what does it do? 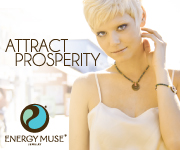 My specific stone (and the most common form sold) is actually Cinnabar in Quartz, which results in the speckled pink egg which now sits above my bed. Will this stone slowly poison me and kill me? I guess we’ll find out, because I’m about to work with it intimately for the next week.

There is also a Cinnabar Moth, which I think is pretty cool:

Where Can You Find Cinnabar?

Historically, Cinnabar was used as a pigment for drawing and was also used as makeup and even ingested for ‘medicinal purposes.’ I will not be doing any of that, and I’m kind of worried to keep it close to my skin.

What Can Cinnabar Do? 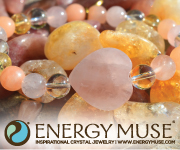 This is where my skeptic side always takes over. The photo above claims that Cinnabar aids in business. Online, it is said to do everything from bringing wealth to “facilitate shapeshifting abilities,” which…lol.

Let’s be clear: I do NOT believe that crystals alone can heal a person physically. I will never claim or believe that.

However, I will admit that perhaps keeping a crystal on hand can remind people to make healthier choices, which could in turn benefit them physically.

I read that Cinnabar can cause a “revolutionary change” and can bring in love and business luck and wealth.

For my purposes, I will be focusing exclusively on its business abilities. I’m starting this new blog from the ground up and I don’t have a game plan, so I’m hoping this week will help me get that together (and/or keep my current business thriving, I’m fine with that too).

I’m going to work with Cinnabar daily for a week, writing about my experiments with it. This blog is basically my diary, so a post will go out with my results.

If you want to keep up with me, please subscribe! I’ll update with my results on Cinnabar as well as any of my other experiments.

If you want to buy Cinnabar of your own, here is a tumbled piece:

Here is a Feng Shui bracelet:

I hope this post helped you learn about Cinnabar! If you’ve worked with it before, let me know what you think!

As far as tangible results, I didn’t get a lot out of Cinnabar. However, I had a good time and enjoyed the process, so I could consider this experiment a success as a whole! You can read the whole thing here.

Me and a hat

I'm a curious skeptic; cautiously optimistic about the world of woo. Instead of putting blind faith into anything, I'm testing it all out and seeing if it works. Come along if you're interested, share your own journey and let's learn together. I'm excited to have you!